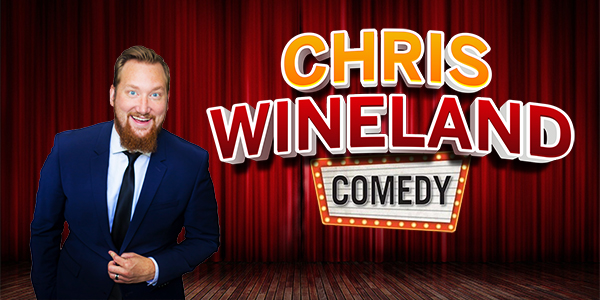 Chris Wineland is one of the most in-demand Christian comedian1s today! As a Top Ten
Dry Bar Comic, He has brought laughs to Millions for over a decade and has written for Emmy Nominated “Late Night with Jimmy Fallon” among others. Chris has been seen on Huckabee, Bloomberg, NBC, Louder With Crowder, and more! Nominated for comedian of the year by KIA, his unique stand up and funny sketches has earned him over 10 million views online!